Who Are You Voting For? 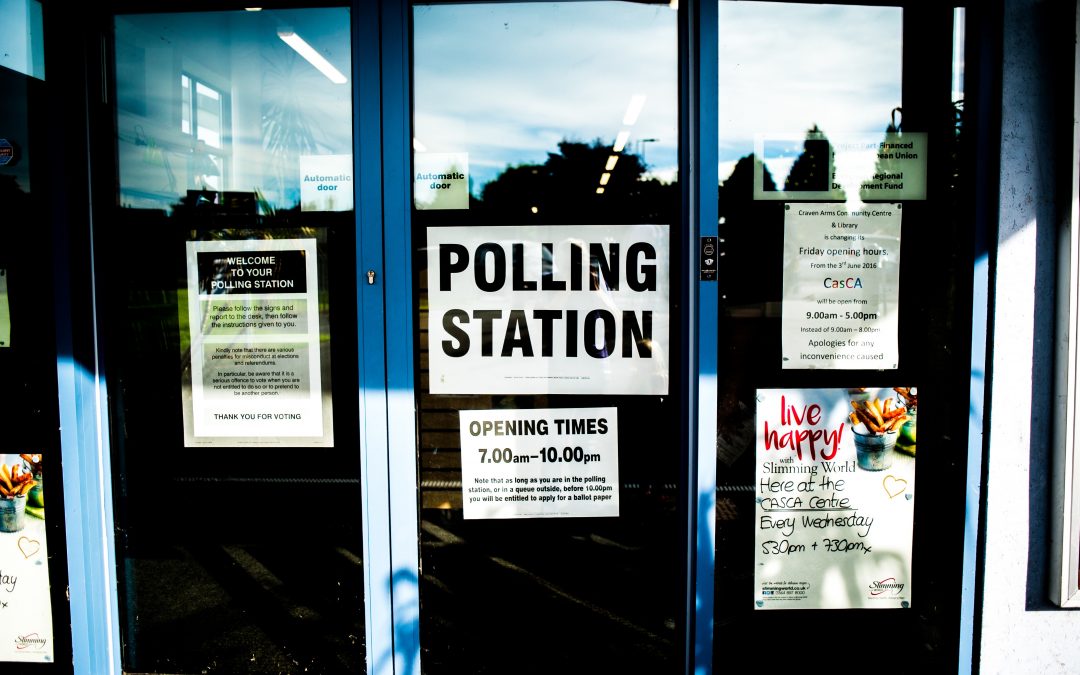 When I was in high school, I was known as a skilled and versatile athlete.  I lettered 10 times in my four years and had natural leadership capabilities, even though at the time I didn’t know it.  During my senior year, I was in my last season as a high school athlete.  In one of my sports, there was a vote as to who would be the team captain for the girls.  When it was my turn to vote, the coach said to me with a bit of a smirk on his face, “It’s down to two people – you and xxx.  Whoever you vote for will be captain”.  Up until that time, I had taken on the role to lead daily workouts and warm-ups.  The other person didn’t.  She also did not participate in other sports like I did – only the one at hand.  I felt like I was being tested, and as I thought about my answer, I considered my athletic accomplishments, this other person, and whether it would be selfish to vote for myself, knowing the outcome that would ensue.  In order to not appear selfish and pass what seemed like an integrity or honor “test”, I voted for the other girl.

As I think about that time, and my life since then, I’ve realized how many times I’ve faced this same decision — vote for myself, or let someone else take the lead as I minimize myself to not appear “selfish” or “better than”, and I’ve done it far more than I care to admit.

I can remember times when I did “vote for myself” where I felt so uncomfortable taking a stand for myself that I wanted to crawl out of my skin.  It felt so unnatural – almost ‘wrong’.  It seemed so thoughtless of others, and yet, it was so thoughtless of myself.  I know I’m not the only one who has done this in life — downplay, minimize and hide capabilities as to not offend anyone — and I won’t be the last.  Learning how to honor one’s gifts and very existence can be tricky business based on our upbringings and support systems as we grow.

As I reflect now at this stage of life, what I would have given to have a mentor and advocate who not only saw the potential in me, but who could have communicated it and reached me in a way that I would have believed it.  I didn’t believe it for far too long.  Instead, I allowed others to put me down so they would not be outshined, and I wanted friends – or would have settled for being alone – more than I wanted to be a target.

Today, as I think about the Presidential election, no candidate would ever go vote for someone other than himself or herself.  Could you imagine?!  NO!  They would vote for themselves.  They honor their leadership skills, their goals and their commitment to the “race”.   Some of you who are reading this really need to grasp this.

How many of you go to your internal “daily polling place” and vote for others over yourself.  Don’t get me wrong – there is a time to be selfless and humble, but there is more often a time to honor your gifts, your authentic being that makes “you” you, and vote for yourself in the game of LIFE.  They don’t have to be exclusive of one another.  In business, you would not start a business and promote a competitor over your own service, would you?  Of course not!  You wouldn’t be in business long if you did!

So today, take a moment and ask yourself:  Have I been voting for myself?  If not, why not?  Where did that pattern start and how has it affected your life?  What if you decided to change your vote to YOU?  How might your life be different going forward?  If it looks better – even if uncomfortable — then I urge you to start walking down that new path.  Life will be much more satisfying in the long run.